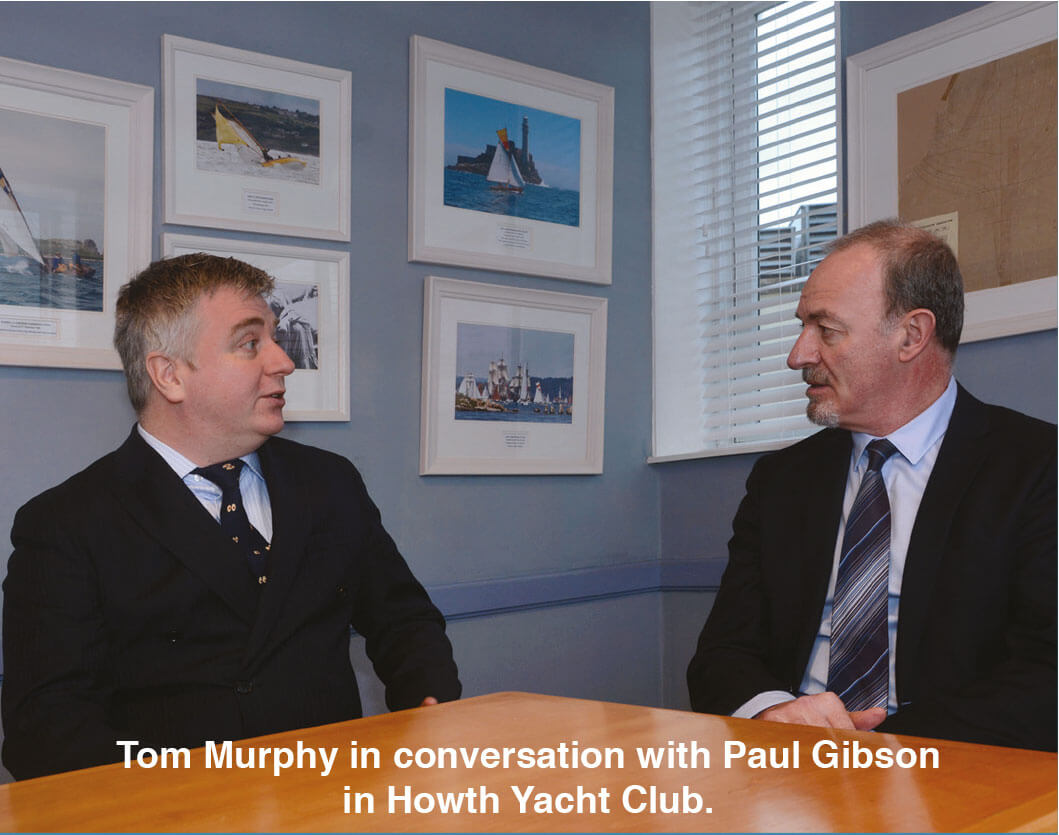 Following last year’s acquisition by Open GI, MLP’s CEO, Tom Murphy, talks to Paul Gibson of the Irish Broker magazine about his journey so far and what can be expected from Open GI and MLP in the future.

Tom, thank you for talking to Irish Broker. Can you tell us about your background to date?

“I was born in Dublin and trained in Mathematics in Trinity. Following this, I pretty much had my fill of Mathematics and promptly went to work in Computer Programming. Being the early 90s, there happened to be a sudden rush of jobs in the insurance industry, and someone with Mathematics, Computer Programming and some years of experience in this new “Client Server” stuff could do well for themselves!

I had specialised in Neural Networks in college, but at that time it was all theoretical. There wasn’t the data nor the computational power to run any of it. It was pure mathematical conjecture, but I’ve always stayed abreast of the developments in the field with great interest.

I mostly worked in Life Assurance but also General Insurance, and I was fortunate enough to start my own internet consultancy (Spin Solutions). The Dot Com Bust of 2003 brought an otherwise successful company to an end, but not before we had built a little site called Boards.ie as an initial hobby of mine. Boards.ie went on to be the biggest public site on the Irish internet and still services well over a million Irish people a day, 20 years later. From that we launched Adverts.ie which, under the guidance of the Daft.ie team, became the second largest classified site in the country after DoneDeal!

After the sale of those companies I took a break. I mentored and invested in a couple of companies, then sat there and thought to myself: “What is it I’m good at and is needed by an industry I know!”. For me, machine learning in insurance seemed the obvious answer.”

You mentioned Boards.ie and Adverts.ie… these were two “tech landmarks” which were both ground-breaking and high profile. What motivated you to get involved in insurance software and what do you hope to bring to the table?

“I’ve always been interested in the maths behind insurance. I’ve always felt that it could be done better too. Computational power has really limited us until recently, but now data scientists and actuaries can run models we couldn’t even dream of in the past. I guess my history of insurance and my understanding of how to scale big internet solutions, along with my training in maths and data science, naturally gravitated me towards this sector. In many ways, it feels like a sort of home coming. It’s the last 30 years of my life in a nutshell!

Machine Learning is going to revolutionise this industry, which is exciting! I understand it’s also a little scary – I get that. I’ve worked in online companies for the last 20 years and have seen them change advertising, media, even An Post! It doesn’t have to be scary though. This is my world – let our team take you from education in the board room, right through to delivery of tested models into production.

Our company, MLP (Machine Learning Programs, as you can see, I’m not very inventive with company names!) was started in 2018. It immediately expanded to Amsterdam and connected with the start-up scene in The Netherlands through some academic contacts I had there. One of our first customers was Open GI, who was looking for a data science company that could handle its vast data streams. We did a proof of concept and four months later, Open GI partnered with us – quite a statement!

Since Simon Badley joined as CEO, he has kicked the company into a high gear. Between the Mobius proposition and its acquisition of MLP, Open GI has put a marker down that it created this industry sector, and now the company is innovating in it.”

Your HQ is unique. You are based in a startup village in The Amsterdam Science Park which is made up of a collection of shipping containers. This obviously demonstrates that Open GI is thinking outside the box. How important is an international footprint? Can you tell us more about this hub?

“Yes, the village is very funky and made from reclaimed shipping containers that are cut and welded together! It’s centred around a central cafe and working space, but we’re now one of their biggest companies – so we have our own offices there. We’ve recruited a dream team of data scientists over the past 18 months from all over Europe. I want a centre of excellence where we can focus on the best data science possible. One of the world’s leading experts teaches in the university there, so we decided to locate beside him. Now, he spends 50% of his time working with us exclusively!

In fact, we attract talent who are looking to work with him. I believe a happy team is a more productive team, so we focus on ensuring it is a nice place to work. You can find gardens on our roof – which is a nice area for employees to escape and code in peace and quiet if required. In today’s day and age, we don’t find it difficult to have a sales team in the UK & Ireland, an engineering team in Amsterdam and a CEO in Dublin!”

Can you tell us about the evolution of technology today and how it can transform the business of insurance?

“That topic could form its own article! Technology and data have reached a tipping point where we have both large amounts of data on risk profiles and also the power to analyse that data in a meaningful way. We’ve spent a few decades trying, somewhat clumsily in Maths terms, to determine how important things like Age of Driver and Engine Size are to predicting claims – and what weight we should give to them in our algorithms. But this math is hard – people spend their whole lives studying it. Machine learning is, in essence, programming a computer to adjust its own weights autonomously. This moves us from human-speed and human levels of complexity to computer-speed and their ability to calculate phenomenal complexity.

Essentially, we’ve taught computers to teach themselves. And they do it better than we do!”

Open GI’s latest product Mobius is gaining traction. How can Mobius increase efficiencies, where is it hosted and can it guarantee that users will gain greater access to markets?

That said, we do also integrate with Mobius. I’ve spent some time with it and it’s a very impressive solution. Very flexible and innovative! It’s a real leap forward for the industry in my opinion, it will be interesting to see how it changes the sector.

As for MLP, I think everyone is beginning to wake up to the revolution in machine learning and AI as the next Industrial Revolution. Steam power didn’t allow us to do anything humans couldn’t do before – it just allowed us to do it faster and more autonomously. I see a lot of parallels in AI.”

Is Open GI committed to the Irish market and what do you hope to achieve in the next five years?

“Open GI is committed to the Irish market – the acquisition of us is an indication of that. In addition Open GI is enhancing its Core platform this year, with these enhancements delivered free of charge to our insurance brokers in Ireland.

In the next five years, personally I would like to see machine learning adopted as the standard technology of the industry. We’re conservatively estimating 5-7% reduction in COR for companies who commit to digital transformation based on machine learning and AI.”

Open GI is one of the leading technology partners to the General Insurance industry. Open GI provides a range of configurable insurance software to insurance brokers, underwriting agencies, insurers and MGAs in the UK and Ireland.

Open GI is part of the Open International Group and has 550 staff across offices in Worcester, Dublin, London, Winchester, Milton Keynes, Skopje and Krakow.